Unworthy: How to Stop Hating Yourself
Buy Unworthy at Amazon
"A practical, if heartbreaking, roadmap. ... This book should be required reading for anyone suffering from low self-esteem, and while it will likely cause readers to tear up repeatedly, the empathy and grounded advice is sure to help inspire healing."
-- Publishers Weekly

"Unmasking and destigmatizing the mantle of doubt, fear, guilt and self-blame under which millions of otherwise average Americans quietly suffer and detailing the ways in which self-haters can start to build toward a more accurate understanding of themselves. ...Brutally candid. ... A clarion call to those who struggle with self-loathing that they aren't alone or powerless and that they are capable of healing their battered souls."
-- Forbes

Self-esteem may or may not be a “cultural construct,” as they say in academia — but how good a person feels about him- or herself is largely based on how adeptly he or she complies with the social norms of whatever culture he or she happens to inhabit, according to a new study. 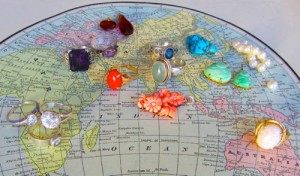 Participants filled out questionnaires based on the main question, “Who are you?” which sought to determine which aspects of themselves spurred the most positive self-regard.

As reported at MedicalXpress:

The results showed that participants derived the most self-esteem from aspects of their identities that best fulfilled the values of their surrounding culture. For example, participants in cultural contexts where people most emphasized values such as self-direction and having a stimulating life (e.g., the UK, Western Europe, and some parts of South America) were more likely to derive self-esteem from controlling their own lives, whereas those in cultures where there was relatively more emphasis on values such as conformity, tradition, and security (e.g., parts of the Middle East, Africa, and Asia) were relatively more likely to derive self-esteem from doing their duty.

Dr Vignoles comments: “Popular psychology and self-help books often seem to imply that people can build self-esteem on their own. These findings should remind us that no-one is an island. Building self-esteem is mostly a collaborative enterprise.

“Our research suggests that the self-esteem system is an important way in which individuals internalise the values of their culture on an implicit level, even if they do not profess to believe in these values when they are asked explicitly. These subtle processes may encourage people to act in ways that are desirable in their society, and thus help to maintain social solidarity.”

Whoah, great. So if we are obedient little exemplars of the French way or the Balinese way or the Peruvian way — and we are French, Balinese, or Peruvian, or have set up longtime residence in those cultures — we probably won’t hate ourselves. But the introverted, unfashionable Italian or the feminist Yemeni, say, are more susceptible to self-loathing?

Dr Vignoles explains: “We can all think of different things that make us see ourselves positively, whether it is succeeding at work or school, our relationships with friends and family, behaving morally towards others, or having the right possessions—as well as other aspects of ourselves that we may feel less good about. But what gives these things their importance?

“An intuitive answer would be that every individual bases their self-esteem on living up to the values that they personally see as most important—and this has been the dominant view in psychology for over 100 years. But firm evidence for this idea has been surprisingly elusive.

“Our new findings paint a very different picture, suggesting that it is the value priorities of others in the surrounding context, not the individual’s own value priorities, that predict which aspects of ourselves will give us the greatest sense of self-worth.”